(Don’t touch Christianity unless you are willing to seek the Kingdom of God first, I promise you a miserable existence if you seek it second) “Hendry Drumond”

How many un-fulfilled Christians do you know: – who say they are Christians – but NEVER really walk in abundance, in victory or have real overcoming lives?

I want to shift our focus – somewhat from God – As the Person we seek after.

To FIX our gaze on what God is looking at:- “His Kingdom”

Matthew 6:33 (Amp) – But seek (aim at and strive after) first of all His kingdom and His righteousness (His way of doing and being right), and then all these things taken together will be given you besides.

It’s all about: – The King and His Kingdom

You cannot have the one without the other!

Do you realise: – You are God’s Singular agenda.

The Kingdom is His Corporate agenda.

When you find the Joy of reaching God’s heart – “In your Seeking” you’ll find that God’s ultimate goal and focus is on “His Kingdom”.

The King we seek and serve is passionate about His Kingdom and His Kingdoms Purpose.

executes the commands of the King.

Matthew 6:10 (The Lord’s Prayer) – Your Kingdom come, Your will be done on earth as it is in heaven.

The Kingdom is the “BIG Picture” – Like Building a Puzzle – to know where the small pieces must go.

You must look at the Big Picture on the box.

We need to see the Picture of the Kingdom to understand how the different pieces of life’s puzzle fits together.

Romans 5:17 – For if, by the trespass of the one man, death reigned through that one man, how much more will those who receive God’s abundant provision of grace and of the gift of righteousness reign in life through the one man, Jesus Christ!

A matter of Priority

Establishing His order and perfect will is God’s Top priority.

Jesus preached – “Repent, for the Kingdom is at Hand.”

The kingdom isn’t a place – the Kingdom of God is where He has dominion, over which He exercises rule as King.

Holiness
Righteousness – Right Actions
Obedience –If you love Me you will obey Me!

When seeking His Kingdom FIRST the puzzle pieces will begin to fit in their place.

As we seek God’s Kingdom – we will place Him first in our lives, by the way we live, speak and act. Reflecting Jesus. (No King no Kingdom)

2nd in the 3 part Journey

A matter of Authority

These are basic Kingdom Question!

To seek the Kingdom means:-

You welcome the WILL and RULE of Jesus as King of Kings in every area of your life.
Your will submitted to His will.

“Watchman Nee” The will of man is his real self.

Your will represents you….!

Our emotions merely express how we feel,

Our mind simply tells us what we think,

But our will communicates what we WANT. (You will always do what you will do!!)

It is so clear: – People who experience the reality of His reign in their lives, live and act like they believe God rules over all. (All their decisions, actions, thoughts and dreams)

(The Kingdom is always there) Final Standard

His rule is total freedom, Not a heavy burden.

We are to be Joyful Kings Kids

forever and ever (to the ages of the ages), and the scepter of Your kingdom is a

scepter of absolute righteousness (of justice and straight-forwardness).

9You have loved righteousness [You have delighted in integrity, virtue, and

uprightness in purpose, thought, and action] and You have hated lawlessness

(injustice and iniquity).  Therefore God, [even] Your God (Godhead), has anointed

3rd in the 3-part Journey

A Matter of Righteousness

Matthew 6:33 – But seek first the Kingdoms of God and His Righteousness.

Notice we are to Seek His Righteousness. Not our Own: –

Isaiah 64:6 – Says “our Righteousness is as like filthy rags before God”

NOTICE: It doesn’t say seek to be Righteous.

God’s Righteousness came to every believer as a Gift through Christ. He brings us into Right – Standing with God.

2 Corinthians 5:21 (NIV) – God made Him who had no sin to be sin for us so that in Him we might become the righteousness of God.

But He also calls us for a life of Right Actions

It’s right action flowing from a right-position with God.

To do Un-Righteous things is un-natural for Kingdom people

Luke 9:62 – Jesus said, “No one who puts his hand to the plow and looks back (turns back) is fit for service in the Kingdom of God.”

To sum it up

It’s Kingdom first – our Top Priority.
Actively seek His rule & reign in your life – His Authority.
Live Right from your Righteousness in Him.

No 1: This diagram shows the life of an Unbeliever

No 2: This Diagram shows a Religious life.

No 3: This diagram shows the Major difference between a Religious life and the Kingdom life.

Psalm 34:10 (NIV) – The Lions may grow weak and hungry, but those who seek the Lord LACK no good thing.

Matthew 6:33 (Amp) – But seek (aim at and strive after) first of all His kingdom and His righteousness (His way of doing and being right), and then all these things taken together will be given you besides.

All things will be added.

What you choose is what you get. 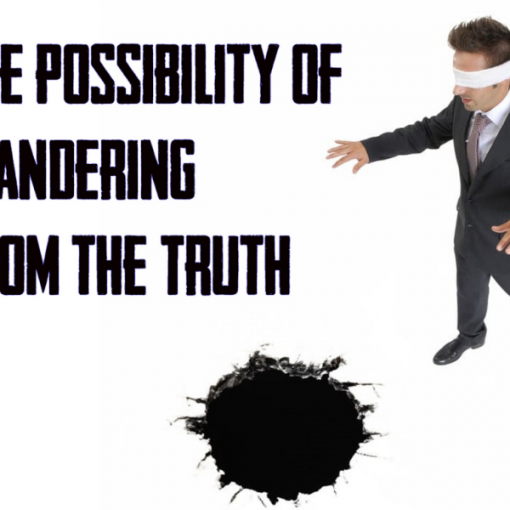 The Possibility of wandering from the truth. (Wandering – It’s not a deliberate leaving, it’s a gradual going off course) “Sheep not […]

The Possibility of wandering from the truth. (Wandering – It’s not a deliberate leaving, it’s a gradual going off course) “Sheep not focused and listening to the Shepherd go astray.”…

Power and Authority (Something every born-again child of God has)   1 Corinthians 2:12 (NIV) – We have not received the spirit […]

Power and Authority (Something every born-again child of God has)   1 Corinthians 2:12 (NIV) – We have not received the spirit of the world but the Spirit who is…